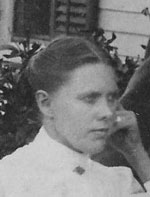 Children of Elsie Martha Sackett and George B Race